AdWords was the first attempt that Google made on breaking through the advertising industry. And we can safely say that this was an attempt better than everyone out there, looking at how far it has brought Google. This year, AdWords finally reached the legal age. Unfortunately, or perhaps even fortunately for it, Google decided it was finally done and needed something even more efficient. And Google, since the beginning, is right again. In the 18 years that AdWords has dramatically served, so much has changed. Advertising strategies have changed so much; digital panels have replaced traditional billboards, and social media influencers are considered more potent than TV coverage. All of this, coupled with social changes compelled Google to take the step forward in what is to be another leap in the advertising industry. The critical plan behind all of this commotion is to merge the advertising and marketing tools that Google previously offered, and form a multi-tasking, efficient, and all-around platform that works seamlessly on all fronts.

And so, Google Ads are born. Combining the marketing and advertising departments into one, Google has again played smartly and raced ahead of all competitors with just one move. This venture brings the DoubleClick advertiser products under the Google Marketing Platform, while the DoubleClick for Publishers and DoubleClick Ad Exchange go under the umbrella of the Google Ad Manager.
The reason behind this transition is simple. While AdWords only focused on the textual content that any advertisement had to offer, with each passing day, advertisers and marketers found less and less use for it. In a bid to accept that advertising had moved beyond its conventional methods, Google Ads aims to supply products with over the top marketing strategies and even better advertising solutions that cater to the modern customer (who does not have time to read up on everything, of course). 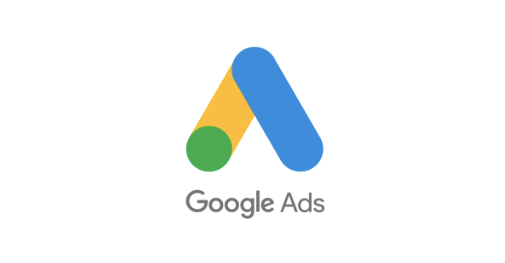 This new strategy lets Google now focus on not just the text and engagements at the same time; it also gives it complete control over the UI/UX to make the experience better for potential customers.
In case you have a business that you would consider too small to break through the internet marketing and advertising barriers, you might need to think again! Google Ads comes as an attempt not just to improve the services that the tech giant has been offering for the past two decades, but also to conquer newer territories that other competitors do not even consider yet. With the help Google Ads will be providing to startups in the form of technical expertise and excellent online advertising, Google already has an army of customers join its cause in the way of startup managers as well as their investors or crowd funders. This not just leads Google to a territory that is virtually free of any competition, it also lets it set all the ground rules which everyone who comes late to the party shall have to follow.

While still on the path to roll, we are still craving for more information on the Google Ads front. However, with what we have available, it is not just new, Google Ads is revolutionary. DoubleClick Search has been renamed to Search Ads 360, which now helps a customer gain control of all the analysis and planning that goes on regarding their business’ search campaign. And listen to this! What other place offers more than a hundred integrations with third-party ad solutions? This is one more step towards transparency for Google to shatter people’s belief that Google only uses this business to favor its products in the end. Before we move on to the other section, let us tell you that if you were a pro on AdWords, advertising already comes to you naturally. But with the new Google Ads, you will realize there was so much more than you had in yourself!

Google Marketing Platform: The Second Part of the Merger

Say goodbye to the DoubleClick advertiser products as the baton is now passed on to Google Analytics 360 Suite. We must say we are pretty impressed with how it has turned out to be. Bringing everything together is usually so tedious a task that big conglomerates design generally separate products for each function. But Google has truly outdone itself with the Marketing Platform. With its trademark minimalist approach, Google brings the measurement and analysis of your ad campaigns together and makes them seamless.

The Marketing Platform brings together all the older formations from DoubleClick Digital Marketing and the Analytics 360 Suite, so you know what is going on if you are an old user. And if you just got started, you could never have started at a better time, friend!

The last most important feature is that of the Ad Manager that Google now incorporates into Google Ads. For old users, it is just a combination of DoubleClick for Publishers and DoubleClick Ad Exchange, packed with a lot more powerful tools and visuals so high you would wish it came when you were starting out.

We understand how everyone is apprehensive of change, and they should be. After all, who knows what direction your product might go into with sudden changes in its marketing strategy? However, it is the world’s common belief that nobody does advertising better than Google, and to put your campaign in these hands is the safest decision one can make. There are still plenty of options out there. But let us tell you firsthand that you will not be finding anything better than Google Ads when you go out there. With UI in the mix and Google’s constant drive to help out everyone with their internet advertising, it only assures us even more that with so many people on board, there are also lesser chances of anything wrong happening. Rest assured, you are safe and sound with your business being monitored by Google’s tools!